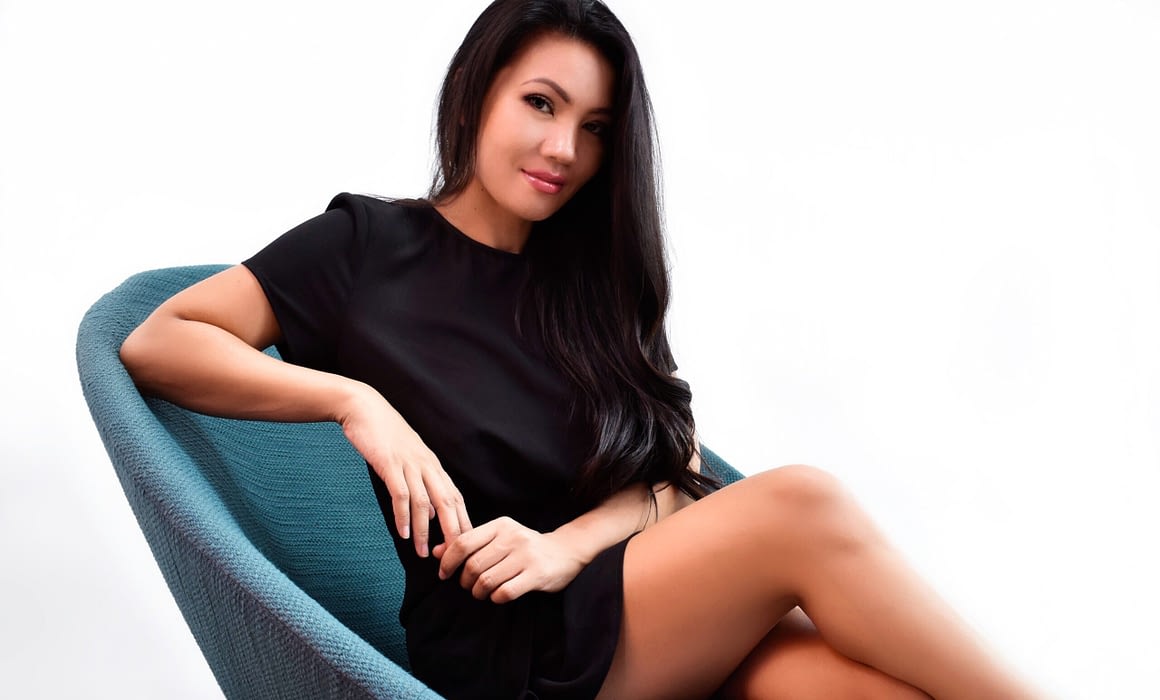 When Cholee Spicer was growing up, she would watch Seinfeld on TV. When she saw the cereal boxes on top of his fridge, she told herself: one day, that’s gonna be me. When I grow up, I’m going to be able to buy cereal.

Fast forward. Spicer has cereal boxes to spare, and her own company, Societygal, a community marketplace with a mission to accelerate entrepreneurial women’s growth. Now, rewind, to pre-cereal days.

Spicer’s parents escaped from Laos during the Secret War, bringing the family to South Dakota after receiving a sponsorship from a member of the Mormon church. From there, they moved around frequently, landing in hotels with thirty other refugees per room, and even living temporarily at a funeral home. Eventually, they settled in Utah, where her parents were able to find work, usually as housekeepers, custodial laborers, or factory assemblers.

As a Southeast Asian family living in Utah, Spicer and her household of four other brothers and sisters made up a small minority of refugees calling the state home. At school, kids would call her names. Despite difficult circumstances, Spicer’s entrepreneurial spirit was already beginning to flourish. “I would find opportunities to make money,” she says.

When she was ten years old, Spicer was hustling and making her own lemonade stand. Because she grew up in a poverty-stricken neighborhood, this first venture was not the smashing success she was looking for. So she moved on to knocking on doors and selling cupcakes – something she’d never made before, half the reason this business model wasn’t thriving. The other half? Grumpy neighbors. Then, getting her inspiration from Reading Rainbow, she started making paper hats, changing gears into the fashion world.

The hats, however, weren’t selling to those grumpy neighbors. Just as she was losing steam, she sold a hat to her very first customer right before the first day of school. It was that moment, then and there, that she decided she was never going to give up on anything. “This hustle culture is so embedded into our blood,” she says of Southeast Asians, and herself.

She still didn’t know what a Poptart tasted like, let alone the cereal on the top of the fridge.

Meanwhile, those same neighbors and community members had started calling Cho and her siblings “jungle kids.” Often barefoot, their meals were made of the food growing in their own backyard, and sometimes the fruit on their neighbor’s trees. Her brother would fry crickets or birds on a homemade stove for them to eat in the backyard. She laughs, thinking of those early days, where meals were chased down rather than bought – those were her favorite memories.

School, it turned out, wouldn’t be looked back on as fondly. “I am not your typical Asian kid. I did horrible in school,” she says. This was partially due to the fact that she needed new glasses, but didn’t want to tell her parents, because they might have to skip a day of work for her to get them.

“I looked around me – I was wearing my brother’s shoes since third grade, and he had giant feet. I didn’t have nice clothes, I didn’t have nice shoes, my shoes were torn, all the luxuries we didn’t have. I noticed that. And I saw how hard my parents were working. I never wanted them to feel overly responsible for us, because I felt that I am capable, and I can contribute.”

Although she wasn’t excelling in school, that business-minded blood was still pumping in her veins. She got her first job before she was even fifteen, begging to be allowed the opportunity. Her first paycheck went straight to her parents. Then she got a second job as a waitress, and was able to pocket the cash she made there.

Holding odd jobs, spending the time she was supposed to be in class in the library, it wasn’t long before, as she puts it, the obvious happens. Spicer dropped out of school and got her own place. Her brother moved in with her. They were both high school dropouts, working at a factory together.

Her brother’s girlfriend, it turned out, would take this as something to hold over Spicer’s head. A high school graduate, she constantly put Spicer and her brother down for never finishing school. Now, Spicer looks back and says that his girlfriend, who was always using her computer, “was a blessing in disguise,” the constant put-downs only fueling her fire.

Pregnant at the time with her middle child, Spicer bought a laptop with the money from her tax return. She knew there must be something to using the computer, if her brother’s girlfriend was always on it. Right away: she was met with her first obstacle: she didn’t actually know how to turn the computer on.

Spicer went from reading the user manual from front to back, to programming and designing graphics in three months. While she was creating art and programming MySpace pages for her new clients, she learned: the girlfriend had just been chatting on Yahoo all day.

Still working odd jobs while programming, Spicer started to develop a plan. “This is not how I envisioned myself. I’m a hustler. I am more capable than this,” she told herself. Instead of working for money, it was time to create money.

Jumping off her success of developing sites, after getting married, in 2008, Spicer sold an app that they had created together. It was called DigitalCloset, a brainchild that had come about when Spicer’s husband had suggested she catalogue all her clothes, because she could never decide what to wear. Spicer turned it into digital form, sold it to a large company with an NDA, and the realization that was in the works was fully confirmed: she could do this.

On the heels of this sale, Spicer discovered Poshmark, and was inspired by the community of women there. Here was a place where she could connect with other women online, unlike the mostly male-dominated field of programming. Still, while she loved the environment, she knew it was only a selling platform, and wasn’t going to support her as a business owner.

“I know my tribe’s out there somewhere. Maybe instead of trying to find them, I’ll have them come to me,” she thought.

So she brought them to her. Spicer launched Fermagent, a community for female entrepreneurs who wanted to connect with similarly minded business-women. It turned out that other women entrepreneurs out there had also been seeking that connection. It wasn’t long before Fermagent merged with Societygal, a project with a parallel goal in mind: to allow a space where the creative community could join together grow their businesses by using each other as a platform. The app is set to launch in the summer of 2020, and has a waitlist of over 36,000 business owners across the U.S.

While many might take this as a smashing success, Spicer remains focused on where she’s been and where she wants to go. “I don’t have credentials like everybody else. I feel like an outsider trying to get in. It’s been challenging, but I’ve made a lot of progress” she says.

She goes on to say it’s important not to compare yourself to the rest of the world. Especially as a first-generation Southeast Asian living in the United States, she says you have to realize where you came from. “We had more miles traveled to get to where we are. Our story has just begun.”

Even with the success of her business, Spicer knows her journey is far from over. “My friends and family constantly see me as this girl who is chasing her dream. I’m not chasing a dream, I’m manifesting my dreams. No matter how many obstacles you face, it only sharpens your sword, it doesn’t deter you from your direction. I have gone through hell and high waters, I did not have anything laid out for me. My foundation was never perfect, but my vision has always been the same. And I think that’s the legacy I want to leave behind.”

Fast forward? Cereal boxes on top of the fridge.