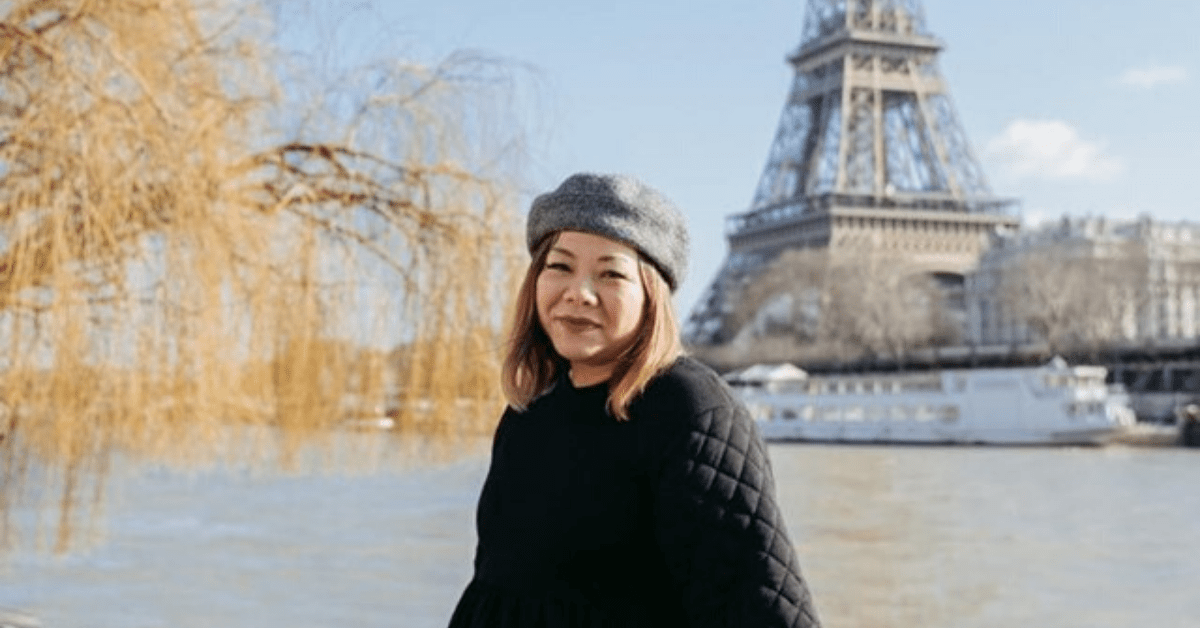 Christy Innouvong: Proving You Can Do Anything if You’ve Got a Dollar and a Dream

It all began with a one-way ticket to Thailand.

Courageous Kitchen is a nonprofit organization that works with at-risk communities in Thailand, providing them with food education, nutrition, and leadership. It’s the long-term result of Christy Innouvong’s trip across the world. But really, the recipe that created someone willing to uproot their life and move to another country with nothing but “a dollar and a dream,” in Innouvong’s words.

Innouvong grew up in Shoreline, Washington, twenty minutes north of Seattle. Her mother and father were refugees who were able to resettle in the United States after her dad received a sponsorship from a family from the Church of Latter Day Saints. This is how she, born to a half Thai and half Lao mother and a Lao father, came to call a caucasian couple her grandparents.

“They were always doing stuff for other people. Seeing that growing up really shaped who I became,” she says. “They were always extending their resources and their heart to help others and never asked for anything in return.”

Her grandparents set off to church two hours early every Sunday morning to pick up members without a car in their big van, and stayed at church for three hours. On Monday nights, they would host fellowship gatherings in their home, where up to 75 people gathered and worshipped as one big family. “It created an environment that was a great equalizer for people,” Innouvong remembers.

It was there, in her home full of people on those Monday nights, that Innovoung began to learn to appreciate other people’s culture, and other people’s food. “It was very common for us to have adobo one night and razor clams the next,” says Innovoung, who began developing a diverse palate at a young age. Growing up in Washington, she says that she didn’t see people that looked like her. But at church, and at these gatherings of many people from many cultures, she was able to find other Southeast Asian people to relate to.

Innouvong did a majority of the cooking for her grandparents as she got older, laughing about the two or three staple items that she was able to cook. In particular, she remembers a pasta recipe she made every week that she proclaims she wouldn’t eat now if you paid her. She was cooking omelettes, chicken – during this phase of her life, she wasn’t cooking any Asian dishes.

Growing up in church, serving, holding diverse family gatherings in her childhood home, cooking – all were leading up to that one-way ticket. And in early 2013, Innouvong jetted off to Thailand, her first time ever going to Asia, solely for the purpose of wanting to serve. She knew no one, and didn’t speak the language.

“I just wanted to serve people. And I didn’t know what that meant,” says Innouvong. She stayed with a host family the first few months, seeking to fully immerse herself in the culture and learn about her family history. Then, she noticed a friend from Instagram, an American foodie named Dwight, who was living in the same area. They messaged back and forth, and eventually, she said it would be nice for him to show her the city.

When they met, it was a lightbulb moment. Innouvong told Dwight that she was looking for a church and ways to volunteer. As fate would have it, Dwight was helping to support women in safe houses across Bangkok who needed help with English classes. Innouvong jumped at the opportunity – although, she admits, “I had no idea what the hell I was doing.”

“When I went there I had no idea to what capacity or in which way I would serve, or discover my roots. But through volunteering and helping with him, it was just coming full circle. I kind of felt like I was looking at my own family in the face. Because this is what my family escaped from.”

Innouvong found herself and a team going into red light districts and trying to rescue women who had been trafficked, or found themselves trapped in abusive situations. In addition, she was inviting women and children into her home for English lessons.

Before the English lessons would begin, Innouvong cooked for the group. It didn’t take her long to realize: her newfound pupils were more interested in the food and cooking than they were in the lessons. They were starving. For many of them, that food was going to be the biggest meal they’d have all week.

“I had this revelation – how can I impose my language onto them when their daily needs aren’t even being met?”

Weekly English lessons turned into weekly cooking lessons, taught in English. She realized she could feed people in need while teaching them English as a byproduct.  In that small home in Bangkok, Thailand, these cooking lessons slowly became Courageous Kitchen. She was answering that question she first asked herself when she took the plunge and moved to Bangkok: how will I connect with my roots? By cooking Asian dishes, and, more importantly, providing for the people who reminded her so much of her family, and her past.

It wasn’t long before her weekly meetings began to pick up attention from the city and local chefs. Dwight and Innouvong decided to add it to the Bangkok based initiative that Dwight was already working with, In Search of Sanuk. By late 2015, the project was becoming so well known for its cooking classes that the pair registered it in the United State as a 501(c)3 known as Courageous Kitchen.

It was around that time that Innouvong flew back to the United States. She had been talking to a man she met on Instagram before she even moved to Thailand in 2013, and decided to give it a shot. “Dating’s always been quite difficult because people say they want somebody independent but when it comes down to it, they really don’t,” says Innouvong. But this time, he did, and the pair married in 2016. Two days after their wedding, they flew back to Bangkok, together.

Back in Bangkok, Courageous Kitchen was switching to a social enterprise model. Airbnb was launching its “experiences,” pilot, and had taken notice of what the nonprofit was doing. The company explained that they would waive the usual 20% service fee, and instead donate it to charity if Innouvong would spearhead the creation of street food tours and cooking classes for tourists.

So for a full year, she set to work. She trained young refugee women to lead the classes, developed a menu and curriculum, and designed the plans for leading tourist trips to the market. When the program launched, these women were able to provide a full salary for their families by hosting the tours.

Now, Courageous Kitchen is in its fifth year of operating out of Bangkok, still facing the challenges from the Thai government not accepting refugees as legal immigrants, but doing a world of good. Their mission is to inspire “marginalized youth in Bangkok through the power of food,” giving to the members of the community who are struggling to feed themselves. They offer a safe place where children and refugees can gain self-esteem, learn to be leaders, and, of course, learn to cook.

To anyone who might ask Innouvong how to start their nonprofit organization, she has one word of advice: “Don’t.”

Obviously joking, she then goes on to say that she would ask them to ponder what they wanted to do when they were a child. She knows she’s happier than she was a decade ago, and perhaps much happier than her peers who are focused on profit over purpose. She’s dedicated to finding her return on investment in joy, not dollar amounts.

“Anyone who does nonprofit, you do it for the heart of it. I think that’s always kind of been one of the foundations of my life, is to serve because I strongly feel like what else are we meant to do here on earth than to serve other people.”

When you’re trying to find your way, she advises, “Go back to your first loves.” For her, those first loves were fellowship, food, and a yearning to go back to her roots. Whether that means turning your efforts into a nonprofit that would touch thousands of lives or simply doing a job that makes you happy at the end of the day, it’s worth a shot.