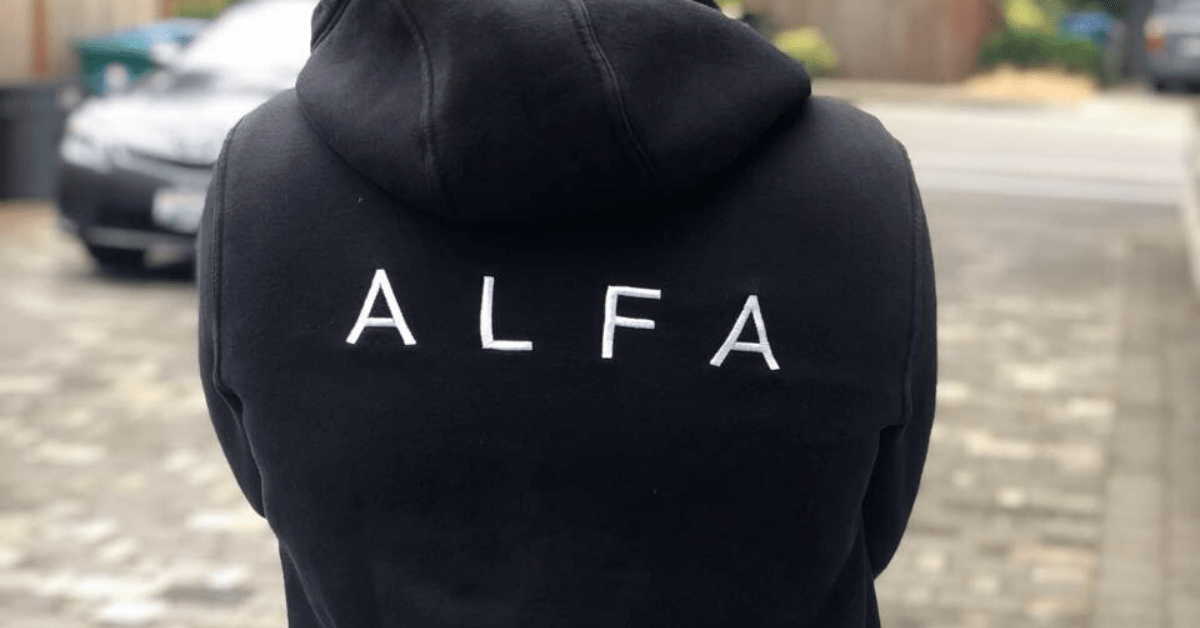 Quyen Phan is Changing Digital Marketing, Then Paying it PHOward

You’re sitting at home on your couch, about to dig into a pint of ice cream. Unmotivated, and uninspired. Then, your phone dings. It’s your Alfa app, telling you there’s one spot left in class at the yoga studio across the street. 90% off. That’s the push you were looking for. You hop off the couch and crush your chaturangas. But gosh, you’re starving. Ding ding. It’s your Alfa app, telling you that a food truck has just pulled up a block down. As you eat your gyro bowl after class, you think: wow, my day has turned around.

This scenario is just one of an infinite number of ways the new app Alfa can optimize your life. Its founder Tony Tran and close partner and investor Quyen Phan, have thought of it all. Like many great ideas, this one has been long in the making.

It all started with a lady and a food cart.

Quyen Phan and his family migrated from Vietnam to the United States, but before that, Phan’s mother operated a street-food cart to help bring in cash. Constantly surrounded by an appreciation for food, a seed was planted. “In terms of the food scene, it’s kind of inside of the Asian blood. I always liked food, my family’s always been in food. I’ve always entertained the idea of opening a restaurant,” says Phan.

One day, near midnight, Phan’s sister came home from her job at a local restaurant in tears. Her boss said that staying late to clean the kitchen seemed like an excuse to milk her hours. Unable to accept the fact that his sister would be scolded for working too hard, Phan had the answer: open a restaurant of their own.

Phan was in construction at the time, but decided to fastrack his dream of building a restaurant. In February 2012, he was running a mom and pop that offered up classic Vietnamese dishes. But at about six months in, when the venture was still financially unstable, he realized: something was not working. They were overworking themselves, and it was in part due to one unexpected thing: their menu was too big.

After conducting a case study on Chipotle, Phan knew his margins were in need of an overhaul. And he also saw an opportunity – was there such a thing as fast casual Asian cuisine? There was Panda Express, sure. But what else?

“If nobody’s gonna take this market, then I’m gonna go for it,” said Phan.

So, he went for it. He streamlined the menu and reduced the number of items by 90%, only keeping the favorites, with pho as a top seller. Next, it was time to find a new location for his new concept, Vinason Pho & Grill.

Finding this location proved to be a long process. In fact, it took four years to find the perfect location. By 2016, the time was finally right. After negotiating with an existing vendor and flipping the property, Phan secured a location right in the heart of Amazon country in Seattle, Washington.

After four long years, all it took after that was eight months: Phan made all his money back. The secret? Location, location, location. But on top of that, really good food. This year, Phan is signing a fourth location.

Also this year, in the changing COVID-19 landscape, Phan is looking at things a little differently. “I always have this vision of what the future looks like, and I think that this pandemic has confirmed what I think the food industry is going towards.”

He places an emphasis on the convenience economy that has been evolving, which was swiftly advanced by the pandemic. “The Kmart of the world is extinct. The JCPenney’s of the world are gonna be extinct. Even Macy’s is gonna be extinct. The Lowe’s, all of these guys are shutting down at unprecedented numbers. Even Walgreens,” he says. What these guys aren’t embracing? If people aren’t going to be enticed by convenience, they’re going to be drawn by an experience. Food hall, an exciting dining environment – something that can’t be purchased online. As someone whose flagship location is so closely located to Amazon headquarters, he knows the game plan has to be to either compete with them by creating something new, or fizzle out slowly.

And we’ve made it to where the Alfa app comes in.

Long before the Coronavirus hit, Phan and Tran were working on a way to upgrade the dining experience. Fed up with the pay to play model of Yelp, he wanted to help more people become discoverable in a digital economy, with a more even playing field. And his solution is paradigm-shifting.

Alfa is an app that’s been in the works since 2017, allowing for people to have access to hyper-local discovery, wherever they go, right on their phones. If you access Alfa and enter into the food channel, you’ll be greeted with the restaurant closest to your location, and the special of the day that the owner has already broadcasted out onto your local network.

Users then review the restaurant, not based on a star system, but on the amount of engagement on the photo. Then, establishments are ranked by popularity according to likes, comments, and amount of purchases of the food. No more buying reviews or paying for engagement. The app refreshes every day, so it’s a brand new system of metrics when the day begins again.

Say, though, you’re not a brick and mortar location. Like, you guessed it – a lady and a food cart. Or a food truck. Those owners can broadcast their location to the area for the day, so their fans can follow them and pick up what they’re offering. It allows business owners to be more discoverable to the community.

What’s more, the app is connected to other social media platforms, like Facebook. While users are visible on the app as well, your friend’s information will be visible to you only. With the app’s unique timeline feature, you can literally time travel on their profiles – if they want to show you the seabass they caught on their fishing trip in 2012, they can, right in the app.

“The best way to give people maximum exposure is to give them control of time and space,” says Phan, and that’s what his app is setting out to do. “We give you time horizontally, we give you space vertically, and we allow you to take back control of that.”

When running with his grand idea, Phan says it wasn’t difficult to run into the naysayers. “You guys are just a couple of asian dudes from dirt poor Vietnam. What makes you think you’re going to create the kind of platform and even think of this?” When those naysayers are time traveling on the app and then heading to the latest pop-up, they’re bound to think twice.

Yet it’s people like these that Phan would still take the time to talk to. In fact, he would even give them a free bowl of Pho.

Yep, if he’s not changing the world with his app, Phan is also changing the world one bowl of pho at a time with his Pay it PHOward initiative. When someone comes into any of his locations and is having a bad day, their pho for the evening is on the house.

“I want to plant a seed inside their head that there are still good people in the world. If somebody were to come into my shop and they are ultra happy, it’s even more of a reason for me to give to them, because there’s a great chance that they’re going to spread that energy forward, and that’s the energy that’s needed in the world.

Charity, Phan says, should not be selective. “You should not be kind only to the poor people. We only look at charity as ‘oh that person needs help financially. What we should look at is, does that person need help, period. In the sense of emotional, mental, financial. I came to the realization that it was wrong to only help poor people.” Seeing thousands of children growing up and having to panhandle for food in Vietnam has given him a battle he wants to fight. Instead of sowing seeds on selective grounds, he wants to broadcast them over a whole jungle.

It’s all about forward momentum. Phan will not rest until he has given a bowl of pho to everyone on earth. And with his Alfa app’s ability to keep us all connected, that mission might become a reality even sooner than we’d think.