What Raya and the Last Dragon Signifies for Southeast Asian Representation

On March 5, 2021, Raya and the Last Dragon will hit Disney Plus and select theaters nationwide. There’s a lot of buzz around this Disney animated movie release. That’s because this new feature represents the future of animated films.

Raya is Disney’s first Southeast Asian princess. Over the last few years, Disney has made clear efforts to diversify its characters. This time, the character is something incredibly meaningful for Southeast Asian communities worldwide.

Furthermore, Raya and the Last Dragon also symbolizes a shift in traditional film releases. For the first time, most feature films are not hitting the ‘big screen’ first (unless you happen to have a home movie theater.) Due to the ongoing pandemic, all new movies are released on VOD, or video on demand, through popular streaming sites.

There’s a lot to take away from these changes. Let’s dive into exactly what Raya and the Last Dragon means for Southeast Asian communities and the future of animated movies.

What’s Up with the Raya and the Last Dragon’s Release?

Movie theaters are becoming obsolete. You can thank the pandemic. This past October, Regal cinemas closed all 536 of its theaters in October. Streaming services, on the other hand, grew like crazy. Thus, these services, such as Netflix and HBO Max, now play the role of the cinema.

The ongoing pandemic, combined with the innovation in online streaming technology, transformed the entertainment world. Raya and the Last Dragon is a perfect example. It’s almost unbelievable, as, for years, kids flocked to theaters for film releases. For Raya, they will use their Disney Plus account.

Raya and the Last Dragon does come with a pretty price tag. To view the film this March, you need to be a Disney Plus subscriber and also pay $30 extra for the release. The cost is a tad higher than your average video rental. Also, depending on how many will view the movie together, it’s higher than going to movies themselves (if you omit the popcorn.)

Raya is not just any other princess. She is a Southeast Asian princess. Her story takes place in the fictional land of Kumandra. This place and its peoples are based on the cultures of Southeast Asian countries like Lao, Thai, Khmer, Vietnamese, Malay, Indonesian, and many other Southeast Asian indigenous ethnic groups.

Disney was particular in its production of Raya and the Last Dragon. The screenplay was written by two Southeast Asian American writers. Malaysian-American Adele Lim and Vietnamese-American Qui Nyugen worked closely together to draw accurate inspiration from their backgrounds. The writers wanted to give voice to the beauty as well as the fighting spirit of their cultures.

Additionally, the Disney team took extra steps to ensure the movie wholly portrayed Southeast Asian cultures. So much so, they flew to various countries to immerse themselves and paint an accurate portrait in the movie. This deeply influenced the characters and settings of the film.

Sisu, Raya’s right-hand dragon, is a perfect example of the Disney team’s good research. Dragons are typically painted as dangerous and monstrous figures in Western cultures. Yet, Sisu is a whole other dragon! The inspiration for Sisu came from nagas, mythical serpent-like deities revered across various Southeast Asian cultures. For centuries, nagas represented harmony and fluidity. It’s no wonder that Sisu is a water dragon. In many Southeast Asian countries, such as Laos, nagas are traditionally water serpents.

The differences across the land of Kumandra also illustrate the diversity of Southeast Asia. As we follow Raya along on her journey, we will explore unique places within Kumandra. Each reflects elements of individual Southeast Asian countries, from marketplaces to islands. This might be the first visual representation of Southeast Asia in an animated film ever.

The Response to Raya and the Last Dragon

How global communities responded Raya and the Last Dragon’s trailers shows us how special Raya’s character is. There’s never been a Disney character like Raya before. Therefore, this movie’s announcement drew major emotion from the Southeast Asian community worldwide.

“I cried when I saw the trailer”

For years, Disney animated films lacked diversity. Southeast Asian peoples rarely saw themselves represented in animations. Especially for kids, the heroes or princesses they’ve seen are hard to relate to.

Raya is changing that – not just for kids, but for adults too.

“For me, I think it's exciting to see someone like me on the screen. Growing up, I've always seen our people as heroes because we've been through so much. So to finally see one of us on the screen is moving and impactful”

How Disney Missed the Mark

Raya and the Last Dragon’s Casting of non-Southeast Asians

The star-studded Raya and the Last Dragon cast is hard to miss. Sandra Oh, Gemma Chan, and Awkwafina are just a few names gracing the list. What do these cast members have in common?

They are not Southeast Asian.

SEA communities worldwide recognized this immediately. Vietnamese-American Kelly Marie Tran does star in the leading role as Raya. But, apart from Tran, there are no other lead Southeast Asian actors in the film.

Disney’s lack of SEA casting in the movie signifies an on-going painful phenomenon. The clouding of Asian representation happens all too much. Raya and the Last Dragon is meant to portray Southeast Asia specifically. By casting generally Asian actors, Disney threw the whole diaspora into one pot, rather than promoting the diversity among it.

“I am excited to watch a film inspired by elements of SEA culture and written by SE Asians. While the cast may not be entirely SEA, I’m optimistic that this movie brings more awareness and representation of the different SEA countries and diasporas.”

What We Expect From Disney in the Future

Raya and the Last Dragon tells us a lot about the future of film. No longer are we running to theaters for the latest releases. Our homes have transformed into our own theaters, thanks to VOD and streaming sites. With the pandemic still here, it doesn’t look like this is going to change. At least we will save money on popcorn.

More importantly, Raya showcases a shift in Disney animated movies for the better. Along with the previous releases of Mulan and Moana, these films shine a positive light on future representation for Asian Americans and Pacific Islanders in animated movies.

The discussion sparked by Raya and the Last Dragon raises fascinating points. Our world is diverse. Each child deserves to grow up with a character they can relate to. More specifically, Southeast Asians and Asian Americans need more fluid representation in animated movies.

We are excited to see the response to Raya and the Last Dragon will influence Disney and Hollywood to champion further Asian cultural representation in film.

Raya and the Last Dragon hits theaters on March 5th. 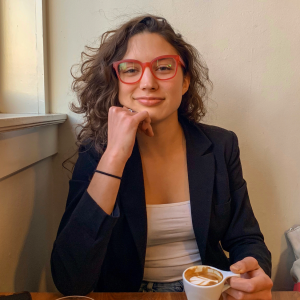 Aspiring Editor in 'Chef,' Victoria spends her time between her kitchen, Google Drive, and a good pasta scroll hole. She lives for discovering new words and foods, especially the ones she will struggle the most to pronounce. A passionate storyteller, Victoria currently works as a content strategist & copywriter for KITS Creativ.